A word on coaching between games

Staples Squash is sending teams to the National Championship and Interscholastic championship.

A word on coaching.

90 seconds between games is not long. Especially when you’re in a tough match. To help, here’s some do’s and don’ts of player coaching that the Staples teams will use: 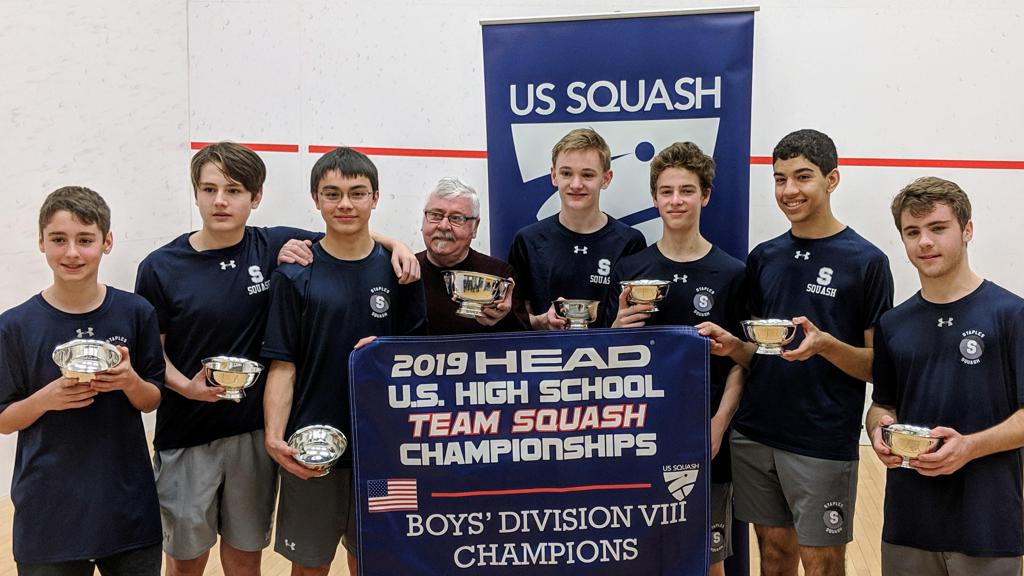 Everything you need to know about the upcoming season. Download the information packet here.

Strong Results for Staples Squash Players at US Squash Tournament

In the BU15 division, Staples Squash was represented by Zach Allen, Ariston Lui, and Ben Saxon. In the BU17 Division, Patrick Looby, and in the GU15, Lily Weisz.

Staples Freshmen Allen and Lui both won one, lost two over the weekend. Freshman Ben Saxon came runner-up in the BU15 division. Saxon won three matches in a row, including a tough-five game victory in the semi-final on the way to the BU15 final. Saxon lost to New Canaan freshman Sahil Teredesai in the final.

The BU17 division was very competitive, with two strong 4.0 players from Deerfield, MA and Warren NJ, competing in the final. Junior Patrick Looby lost his first-round encounter to the eventual winner.  Looby played some great squash throughout the tournament. After his first-round loss, he played through the consolation, ultimately losing in the consolation final. Looby placed sixth in the overall tournament.

Staples Squash sole representative in the Girl's divisions was freshman Lily Weisz, who played well in a modified box league format. Weisz came second in the GU15 division. She played four matches, emerging with a 3-1 record. Her three match wins were all 3-0 victories over her opposition. Her one loss was against eventual winner Kourtney Ulmer of Rye Squash.  Weisz went up 2-0 quickly in the match but eventually lost a tough match 3-2.

Staples Squash is a new and emerging program. This is a great turnout and showing for a young team in this local tournament.

All team communications are through the Sportsengine App -- For Android. For iPhone.

If anyone has an issue with this, please contact Sportsengine support directly.

*Support is available Monday-Friday 8am-7pm CST and Saturday/Sunday 9am-6pm CST. Our support team works out of a queue, so please be as detailed as possible with any questions. You will receive an email as soon a a team member has replied.